Capital Retail Park in Leckwith, Cardiff is 100% occupied after the final office suite in Pod 1 was let to Creative Risk Solutions. The deal was secured by joint agents Cooke & Arkwright and Knight Frank acting on behalf of the landlord, Capital Retail Park Partnership, a subsidiary of the sole owner of the park, PMG.

Creative Risk Solutions was established in 2007 and is Wales’ only specialist media insurance broker. The company has provided insurance cover for many well-known TV productions including the BBC drama series, The Indian Doctor, Richard Hammond’s nature series, Miracles of Nature and CBeebies’ acclaimed children’s animation programme, Rastamouse. It has also recently provided cover for Hinterland, a new detective drama series that is being shot in Aberystwyth for both BBC and S4C by the Danish broadcaster responsible for the hit TV series, The Killing.

The company also provides a general insurance brokering service and works with several high profile clients within the leisure industry. These include the Portmeirion Hotel and The Celtic Manor Resort, for whom Creative Risk arranged insurance for The Ryder Cup, one of the world’s most high profile sporting events.

With eleven members of staff based at the Pod, the management chose to move from its offices in central Cardiff when its lease expired as it was looking for more modern premises with good transport links.

Kate Simpson, Senior Surveyor with Cooke & Arkwright’s Business Space department said, “Following the recent lettings to RAS Security and Creative Risk Solutions, the park has now been fully let. It has proved popular for its convenient location and ample car parking for staff and visitors. Creative Risk was also impressed by the quality of the offices themselves.”

The insurance broker has enjoyed strong year-on-year growth and has ambitious plans to increase its share of the UK media insurance market over the coming years. In particular it is targeting the London production market where it already works with several clients.

Jan Wilkins, Managing Director of Creative Risk commented, “We have been extremely pleased with the new offices since moving in. The facilities are of the highest quality and the flexibility in terms of space will allow us to expand our team in the future as the business grows.”

Mark Sutton, Associate at Knight Frank said, “The latest office deal follows a number of key lettings to retail occupiers, most recently welcoming Outfit to the Park. The line-up of occupiers including M&S, DW Fitness, Mamas & Papas, Next, Costa Coffee, Game, SCS, KFC, Smyths Toys and Carphone Warehouse is testament to the profile of the development and has reinforced West Cardiff as the principal out of town retail destination for the city.”

Cardiff Retail Park forms part of a comprehensive redevelopment of the area, including Cardiff Athletic Stadium, the new football stadium for Cardiff City Football Club, a 480,000 sq. ft. retail park anchored by Asda and Costco, as well as offices, food outlets and a health and fitness club. 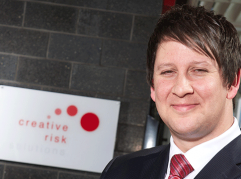 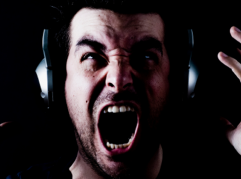 Want to join the discussion?
Feel free to contribute!

(next entry) In the editing booth no-one can hear you scream! →

Merthyr Tydfil Institute for the Blind is our nominated charity - to find out more please visit their website www.mtib.co.uk

The Financial Ombudsman Service [FOS] is an agency for arbitrating on unresolved complaints between regulated firms and their clients.

Full details of the FOS can be found on its website at www.financial-ombudsman.org.uk